As the saying goes, more practice makes perfect. As I like to say, more practice makes progress. I am beginning my second year as a Youth Representative for Augustinians International and am starting to see progress in my work both personally and professionally. We’ve focused our initiatives the past year on human rights crises, like Congo and South Sudan, and education, like Model UN programs, and have made great strides in our research and proposals. Yet, beyond the surface I have learned so much more than that. I’ve learned to critically think, ask questions, form valuable relationships, see the other side, and–most importantly–lead with love. I hope to continue developing these learnings and explore new ideas. I feel far more confident navigating the UN and NGOs are understand the intersectionality between the two. Of course, like any institution, there are barriers that need to be broken through, but after a year I have a greater understanding of how NGOs can play a role in the UN and how impactful our voice can be. This year, I’d love to see an even bigger impact and I think Fr. Dueweke’s position on the committee for Spirituality, Values, and Global Concerns will present new opportunities, broaden our horizons, expand our network, and create a larger platform. I’m looking forward to another exciting year with Augustinians International and feel truly blessed for the wonderful team we have. Cheers! 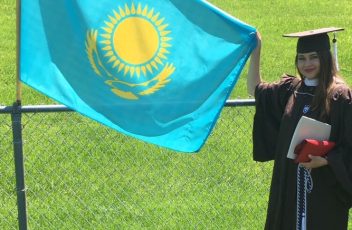 Anastassiya delivered this speech at her graduation ceremony at Lehigh University. She will now pursue a PhD degree in International Studies. She was the Youth Representative for Augustinians International at the United Nations during 2016-2017.

This blog post we would like to focus on the political, economic, and social crisis in Congo.

Congo, which is located in central sub-Saharan Africa, has been on a steep decline with the continuance of the presidency of Joseph Kabila. Kabila was supposed to step down after his constitutionally mandated two-term limit in December 2016, but managed to hold onto his power through delaying elections and rejecting those who went against him. According to The Washington Post, “The country’s influential conference of Catholic bishops warned in June that the country is in a “very bad” state and called on all Congolese to “stand up” and “take their destiny into their own hands.” This followed an “urgent appeal” from former United Nations secretary general Kofi Annan and nine former African presidents, who warned that the future of the country is in “grave danger.” As the political opposition and peaceful protesters continue to be oppressed, violence by armed groups, militias, and government forces have escalated.

Central Kasai region has been known for some of the country’s worst violent outbreaks. The violence was triggered after government forces shot dead a local customary chief. Immediately, a spiral of violence broke out and spread across five provinces, displacing more than 1.3 million people. At least 3,300 people have been killed, according to the Catholic Church. More than 600 schools have been attacked or destroyed, and an estimated 1.5 million children are affected by the violence. The response from the government forces has been with excessive force, executing suspected members or sympathizers. There have been reports of soldiers going door to door, killing anyone inside; and in 2017, militia Bana Mura has annihilated entire villages and “shot dead, hacked or burned to death, and mutilated” hundreds of people, including pregnant women, babies and small children, according to the United Nations. During their investigation of these pandemic human rights abuses in March 2017, two members of the United Nations team of experts on Congo — Michael Sharp, an American, and Zaida Catalán, a Swede –- were executed. The four Congolese who had accompanied them are still missing. [Source: The Washington Post]

In response, the United Nations Human Rights Council authorized an international investigation into the violence that penetrates the Kasai region. According to The Washington Post, “The resolution, adopted after weeks of intense negotiations, doesn’t go as far as the situation warrants. But it does bring hope of uncovering the truth of the horrific crimes and identifying those responsible. And it’s a step toward justice.” You can learn more about UN efforts to stabilize the situation in Congo on the current UN News Center Spotlight on Congo. Please also join us in prayer and fasting, as Pope Francis has called for on February 23, 2018, the Day of Prayer and fasting for Congo and South Sudan. 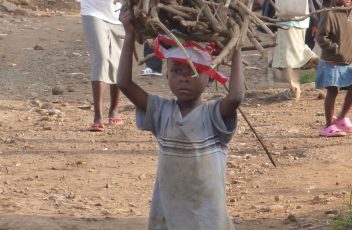 The 12th of June 2017 marks the World Day Against Child Labour, which was originally launched by the International Labour Organization (ILO) in 2002. According to the UN, its aim is to “focus attention on the global extent of child labour and the action and efforts needed to eliminate it”. The observance of this day emphasizes the issue of child labour and the actions that governments and civil society can undertake to help children. This year’s focus is on children affected by disasters and conflicts, because a significant number of the estimated 168 million child labourers also suffer from conflict. Disaster makes children especially vulnerable to trafficking and child labour, often in hazardous conditions.
END_OF_DOCUMENT_TOKEN_TO_BE_REPLACED

During my visit to the UN 61 session of the Commission on the Status of Women on the 21st of March, I was fortunate to attend two Lehigh-led events: one briefing in the UN HQ and one side event at UNCC.